The Marymia Project is located approximately 160 kilometres south of Newman in the eastern Gascoyne region of Western Australia and covers approximately 3,600 square kilometres. The project is prospective for both gold and copper deposits and is strategically located within trucking distance of the Plutonic Gold Mine and the DeGrussa Copper Mine. The Marymia Project includes joint ventures with Venus Metals Corporation Limited (ASX: VMC) at the Curara Well Project and Ausgold Limited (ASX: AUC) at the Doolgunna Project. 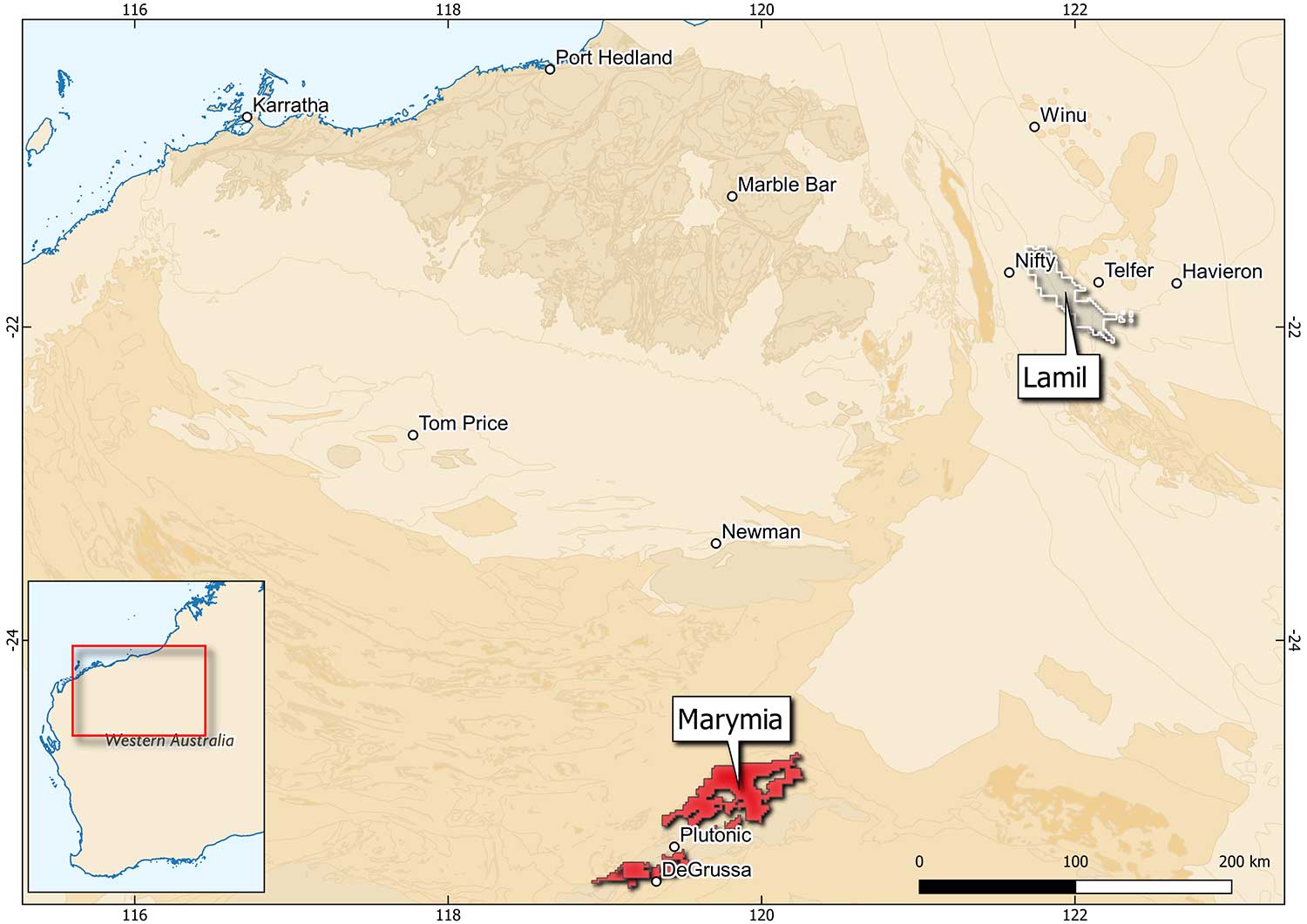 Location of the Marymia Project

Exploration by AIC is focused on the discovery of Archean orogenic gold mineralisation, within and on extensions of the highly endowed Plutonic-Marymia Greenstone belt (PMGB), and volcanogenic massive sulphide (VMS) style base-metal mineralisation along strike of the DeGrussa Copper Mine and on the northern margin of the Marymia Inlier.

Copper exploration is focused along the Copper Hills Belt, which extends for over 50 kilometres along the northern margin of the project. The belt lies between the Archean PMGB and the Collier Group and is considered by AIC as belt of Paleoproterozoic age rocks, similar to the nearby Bryah and Yerrida sedimentary basins that are known to host VMS style mineralisation. Historical exploration in the belt has focussed on banded magnetite mineralisation but surface geochemistry, geological mapping, trenching and limited shallow drilling at the Copper Hills Prospect suggests the presence of felsic to mafic metavolcanic rocks associated with copper oxide mineralisation that is considered permissive and indicative of an unrecognised VMS belt. Airborne electromagnetics, surface geochemistry and RC drilling has been completed by AIC to understand the potential of this belt. 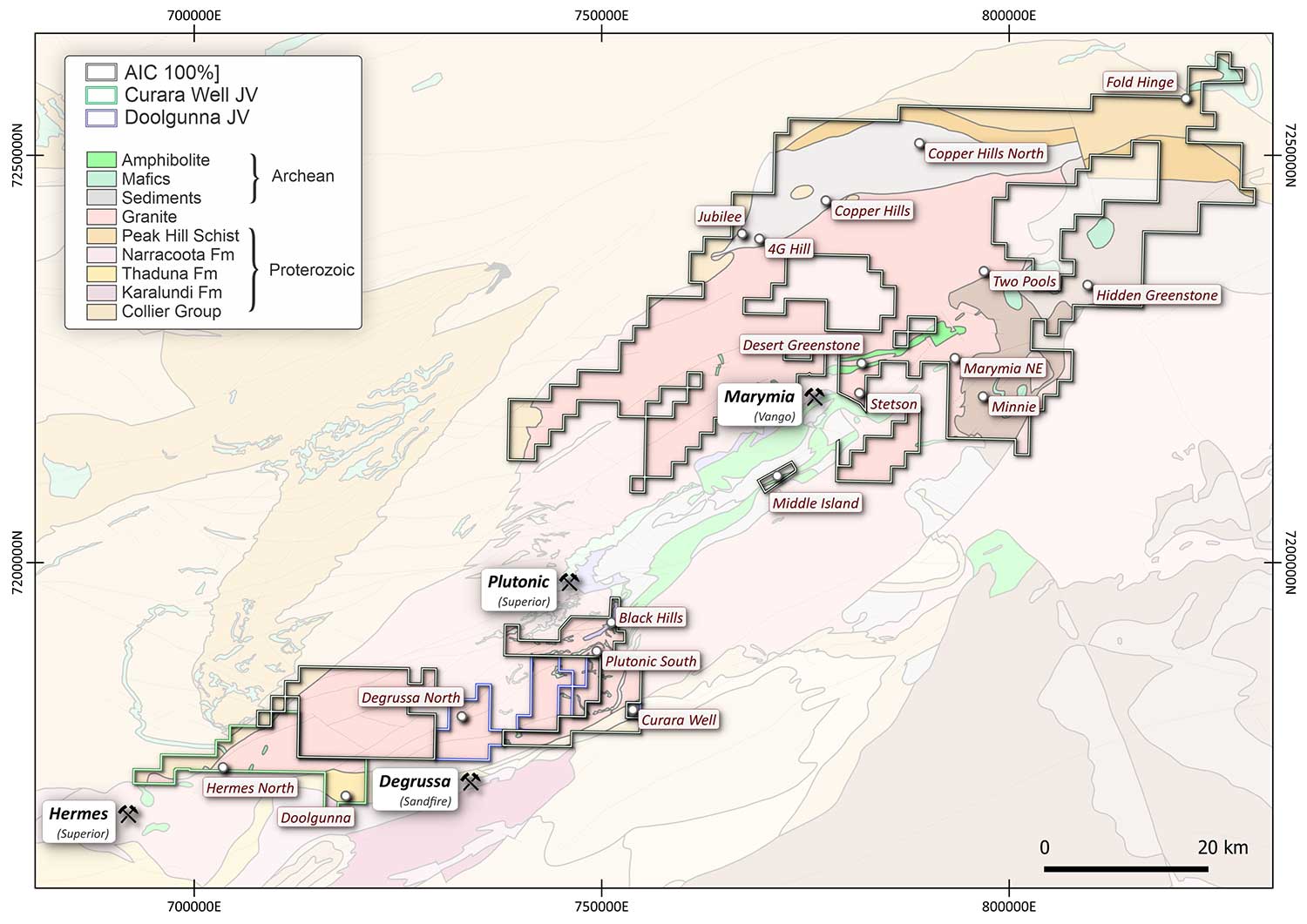 Geology of the Marymia Project Area and Location of Selected Prospects

Gold exploration is focused on extensions of the Plutonic-Marymia Greenstone belt, which has produced in excess of 6 million ounces of gold. Mapping, surface geochemistry, ground gravity surveys and limited drilling indicates that extensive remnants of Archean greenstone occur within explorable depths and are contained within a broad area historically denoted as granite. While prospects containing gold mineralisation (such as Marymia NE) underscore the potential for gold in granite dominated regions, the perception of ‘barren’ granite means extensions of the inlier – both to the northeast and southwest – are relatively immature from an exploration perspective. Exploration by AIC is targeting this immature portion of the project through geophysical surveys and drilling.