The Eloise Copper Mine is located in North Queensland, 60 kilometres SE of Cloncurry and 155 kilometres ESE of Mt Isa. The mine has an extensive production history. It was commissioned in 1996 and has since mined approximately 12.5Mt of ore grading 2.8% Cu and 0.8g/t Au to produce 339,000t Cu and 167,000oz Au in concentrate. 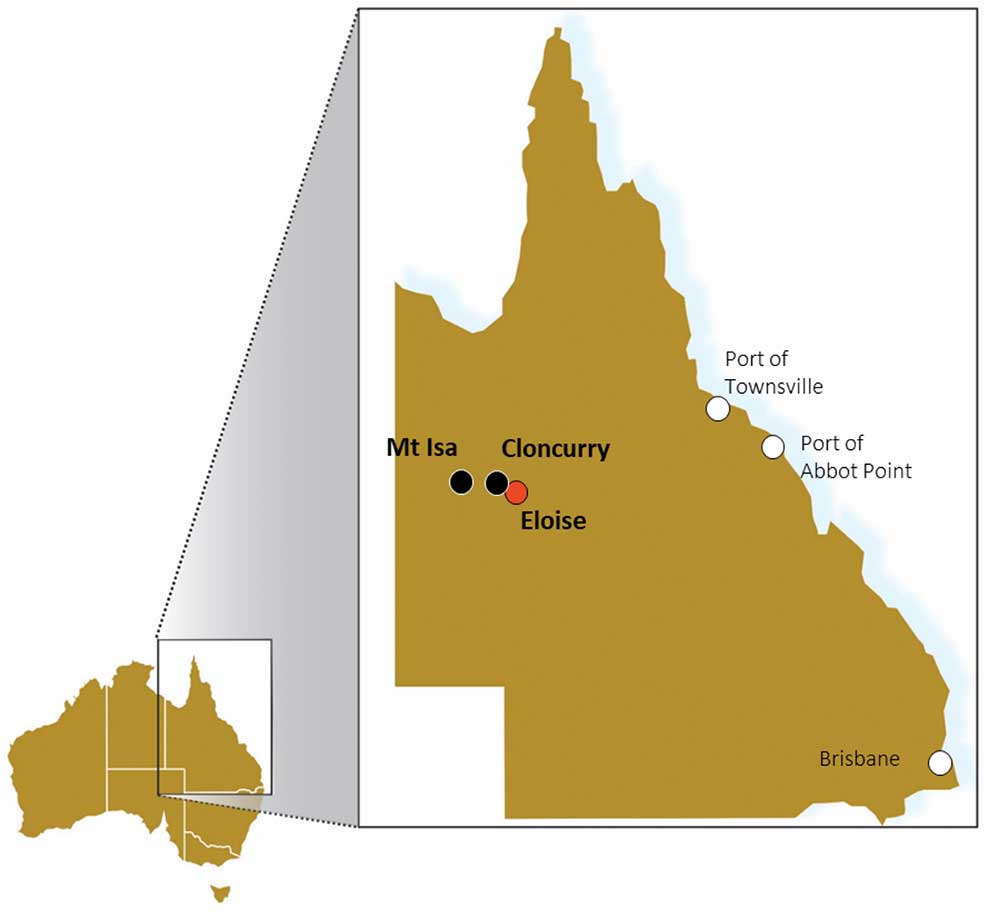 Current operations consist of an underground mine accessed via decline. The upper levels of the mine (above 1,190m below surface) are extracted by longhole open stoping and the lower levels are extracted by sublevel caving.

Processing is via conventional crushing, grinding and sulphide flotation with capacity to treat 750,000tpa. Power for the processing plant is provided by an on-site diesel power station. Metallurgically the ore is very consistent as the ore mineralogy at Eloise is almost exclusively chalcopyrite. Processing achieves high copper recoveries (94% – 95%) and produces a clean concentrate. The concentrate has significant by-product credits from gold and silver.

Mineralisation is hosted within a strongly foliated meta-sedimentary sequence comprising arenites and schists. The metasediment sequence also contains a coarse-grained amphibolite body possibly representing an early intrusion of gabbroic composition. Mineralised zones occur as steeply plunging lenticular bodies with strike lengths between 100m and 200m and attaining a maximum width of 25m. The main zone of mineralisation (Levuka-Eloise Deeps) demonstrates continuity down plunge over 1,500 m and remains open at depth.

The copper at Eloise occurs predominantly as chalcopyrite. Copper mineralisation occurs as either massive sulphide lenses or stockwork veins. Gold is located on the grain boundaries or as inclusions in sulphides and is associated with chalcopyrite, pyrite, pyrrhotite and magnetite.

The Ore Reserves Estimate is reported using a 1% Cu cut-off (above 0mRL) and 1.5% Cu (below 0mRL).
Tonnages have been rounded to the nearest 1,000 tonnes.

AIC’s exploration strategy for Eloise will focus on both extensions to the known resource areas and the discovery of new satellite lodes within the Eloise mining tenements. 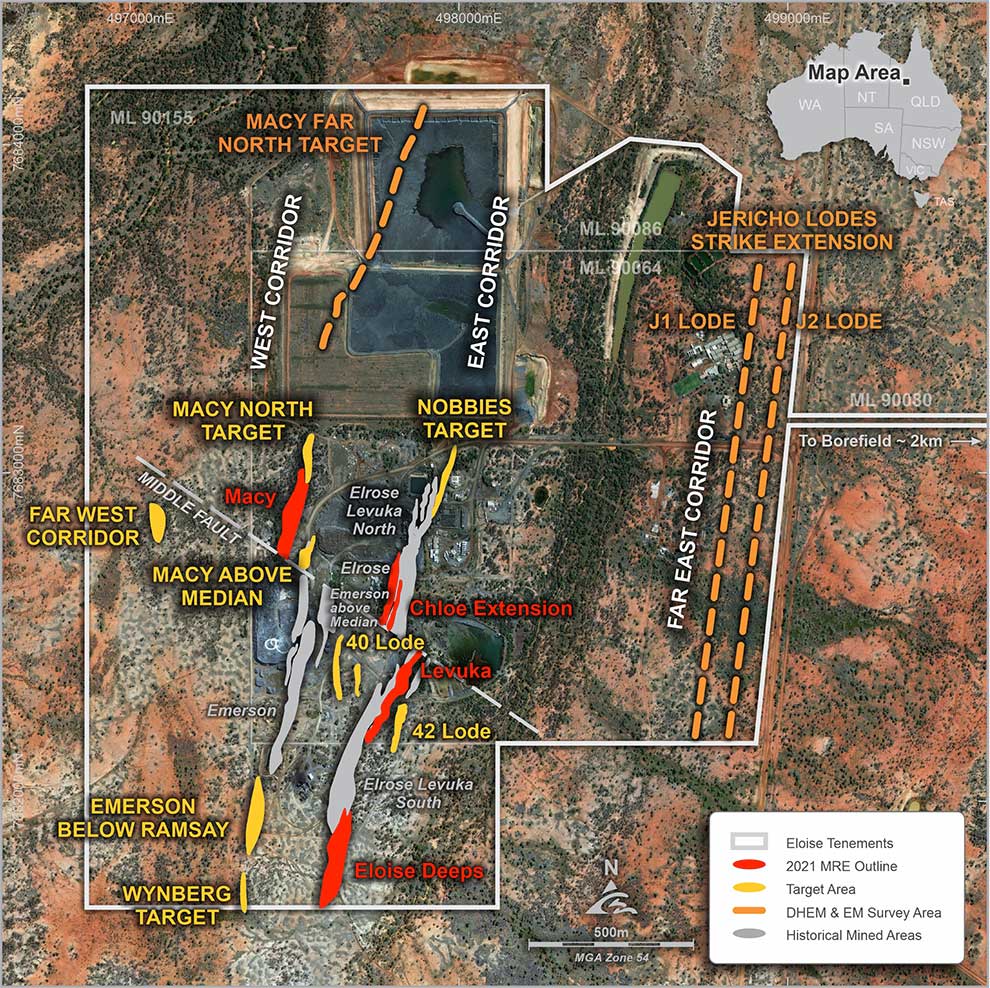