The Lamil Project is located in the Paterson Province of Western Australia, midway between the Telfer gold-copper mine and the Nifty copper mine. It covers an area of 1,200 square kilometres and is prospective for both gold and copper.

AIC is focussed on the discovery of Tier 1 gold and copper deposits similar to the world class Telfer gold-copper mine (approx. 15M oz gold) and the Nifty copper Mine (approx. 1.2Mt of copper). 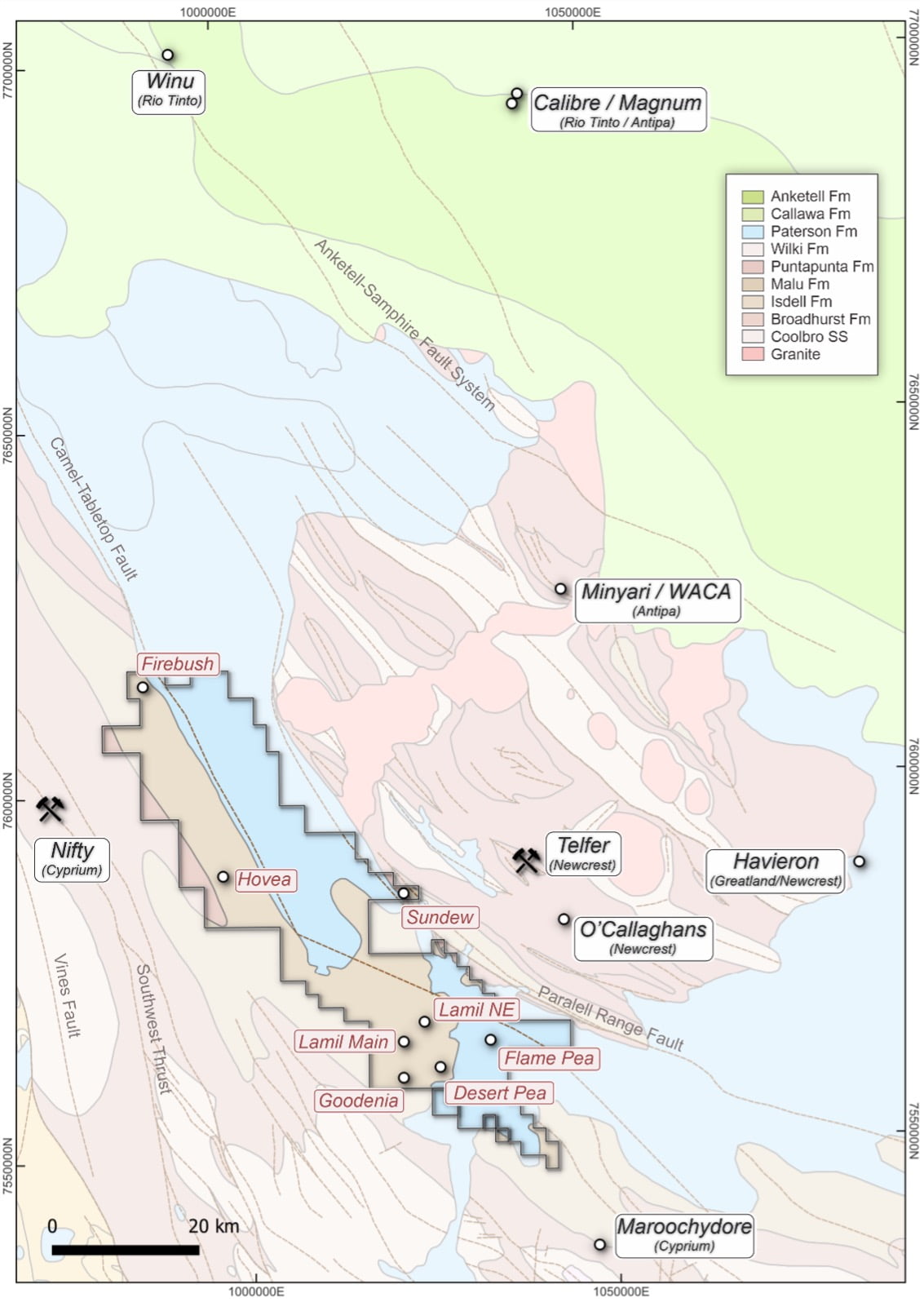 The geological architecture at the Lamil Project is considered important in the development of major mineral deposits in the province. Two regionally extensive and deep penetrating belt parallel NNW trending structures coupled with a series of major NE trending cross fault underscore the prospectivity of the project, as these represent a vertically accretive plumbing system that is important in the transportation and trapping of rising mineralised fluids.

The prospective Proterozoic age rocks are obscured by younger Permian age sedimentary sequences to variable depths. This has been a deterrent to exploration in the past. However, an airborne magnetic survey completed by Rumble Resources in 2019 suggested the cover rocks could be less than 100m deep over an area defined by a domal response in the magnetics analogous to the Telfer Dome.  Through broad spaced reverse circulation (RC) drilling of the target area in late 2020, AIC not only completed the first drill holes into the entire project area but confirmed that prospective rocks are within explorable depths and that they represent formations which host mineralisation at Telfer and elsewhere in the Paterson Province. Encouragingly, drilling intersected veining, alteration and anomalous copper intercepts warranting further exploration.

Further broad spaced reconnaissance RC drilling was completed at the Lamil Dome main target in Q3 2021 along with first-pass drilling at additional targets – Goodenia and Desert Pea. A schematic cross section through the project, shown below, illustrates the geological architecture model in relation to the target locations.

In addition to the magnetics and reconnaissance drilling programs, surface geochemistry, ground gravity and airborne time domain electromagnetic surveys have been completed to aid with the refinement of prospective target areas and to generate further targets.